Thanks to the organization Women Who Code, I recently had a chance to go to the Smart Cities Summit in Boston and I learned a lot about how cities can use IoT (Internet of Things) to improve services. If you’re not familiar with the term “smart city” (I wasn’t), here’s Wikipedia’s pithy definition:

A smart city is an urban development vision to integrate multiple information and communication technology (ICT) and Internet of Things (IoT) solutions in a secure fashion to manage a city’s assets … The goal of building a smart city is to improve quality of life by using urban informatics and technology to improve the efficiency of services and meet residents’ needs.

In other words, the idea is that if cities can collect more information, they can provide more/better services for a reduced cost.

The conference was two days long and as a newcomer to this field, I felt like I learned something new/surprising both days and spotted some larger trends on where the industry is heading. My plan is to write about the fun facts I gathered each day, and then another post on some of the more overarching observations.

Some exciting things I learned about on day 1:

Connecting the heart of the city

Verizon is rolling out fiber to “the heart of the city”, in Dorchester, Roxbury, West Roxbury. I was impressed that Verizon is connecting lower income neighborhoods to faster internet, and has even made that a priority over other parts of Boston. However, one dissatisfied customer in the back took issue with the Verizon representative (Bob Mudge, Executive VP of Strategic Initiatives) calling these neighborhoods “the heart of the city” and argued that businesses need fiber first and that the Back Bay is more so the heart of the city. I’ll get more into the difficulties of the Digital Divide in a later post, but it really surprised me that not everyone would applaud this move. I’m grateful to have gotten outside of my echo chamber a bit on that issue.

There is now an ISO standard for collecting and analyzing city data. This is exciting because it allows for cross-city comparisons on a whole host of indicators and with the certainty that you’re comparing apples to apples. 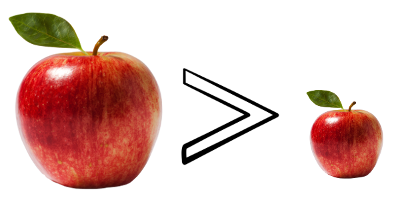 The header above is mostly a joke, but it captures some of the genius behind an app I heard about at the summit, Twiage. This app is a way for EMTs to communicate critical patient information in real time to the hospital before they arrive. It seems sort of obvious that a hospital would have all the information an EMT collects about a patient, but that’s currently not always the case. One of the founders, Dr. YiDing Yu, explained that typically ambulances use a radio to contact hospitals and are only able to verbally communicate a few details to a nurse who then writes this information down. If there are multiple ambulance calls waiting, the nurse at the hospital has no way to know which one is a priority. Yikes!

Twiage is great because it uses existing infrastructure to solve a problem that’s hiding in plain site. Smart phone technology is already advanced enough to allow millions to document their daily minutiae, why not also have it help save lives? I also found this presentation exciting because it wasn’t so much a technological innovation as a smart use of our existing tools. It makes me wonder what other improvements are out there waiting for us to notice them.

An idea I had never considered before the Smart Cities summit is that the US Postal Service has someone driving down most roads in the United States six days a week. If these postal workers carried sensors in addition to mail, cities could collect real-time data on whatever issues they want to monitor, like road quality, pollution, and urban blight to name a few.

The Postal Service seems interested in this new role, but hesitant about how the data should be stored, who would own it, and what security measures would need to be in place. Kristin Seaver, the CIO of the USPS, stressed that the postal service is the most trusted government department and that they didn’t want to lose that part of their brand. I really appreciated the USPS’s focus on keeping data secure, especially since it seems every other week another private company is in the news because of a massive data breach. If they can get that part nailed down however, using the postal service as a sensor could be huge. If you’re curious to know more, I found this recent USPS report exploring the issue: https://www.uspsoig.gov/sites/default/files/document-library-files/2016/RARC-WP-16-017.pdf

Extend your biking range with the Copenhagen Wheel

The goal behind the Copenhagen Wheel is to give bikers a little bit of extra “oomph” to extend their physical range. I’m not sure what it has to do with IoT or Smart Cities exactly, but it’s an exciting piece of technology for bikers or people looking for alternative ways to get to work. I just so happened to speak with an owner of a Copenhagen wheel last week, and she said it “felt like you always had the wind at your back”, though it wasn’t very obviously powering her commute. I’ll be interested in seeing how these pan out and if the price ever comes down. To learn more: https://superpedestrian.com/the-copenhagen-wheel

That’s everything I got excited about during the first day of the Smart Cities Summit! There were some intriguing trends that I’ll talk about in a later post, so stay tuned.